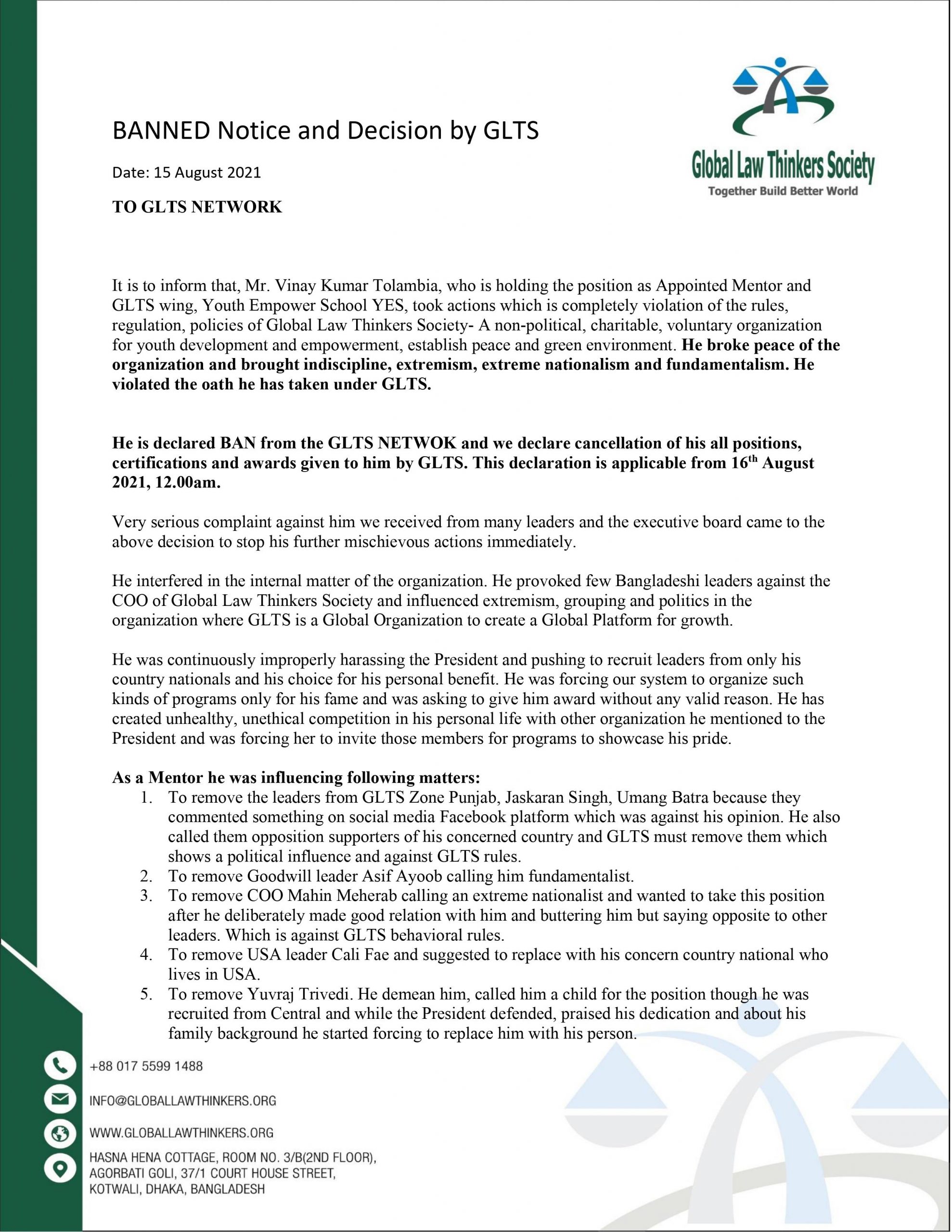 BANNED Notice and Decision by GLTS

It is to inform that, Mr. Vinay Kumar Tolambia, who is holding the position as Appointed Mentor and GLTS wing, Youth Empower School YES, took actions which is completely violation of the rules, regulation, policies of Global Law Thinkers Society- A non-political, charitable, voluntary organization for youth development and empowerment, establish peace and green environment. He broke peace of the organization and brought indiscipline, extremism, extreme nationalism and fundamentalism. He violated the oath he has taken under GLTS.

He is declared BAN from the GLTS NETWOK and we declare cancellation of his all positions, certifications and awards given to him by GLTS. This declaration is applicable from 16th August 2021, 12.00am.

Very serious complaint against him we received from many leaders and the executive board came to the above decision to stop his further mischievous actions immediately.

He interfered in the internal matter of the organization. He provoked few Bangladeshi leaders against the COO of Global Law Thinkers Society and influenced extremism, grouping and politics in the organization where GLTS is a Global Organization to create a Global Platform for growth.

He was continuously improperly harassing the President and pushing to recruit leaders from only his country nationals and his choice for his personal benefit. He was forcing our system to organize such kinds of programs only for his fame and was asking to give him award without any valid reason. He has created unhealthy, unethical competition in his personal life with other organization he mentioned to the President and was forcing her to invite those members for programs to showcase his pride.

As a Mentor he was influencing following matters:

So, observing the whole issue, it is necessary to take immediate step. The executive body and power board together voted on banning to save GLTS Platform peaceful Growth and stop extremism and chaos between countries and members Mr. Vinay Kumar Tolambia is trying to create.