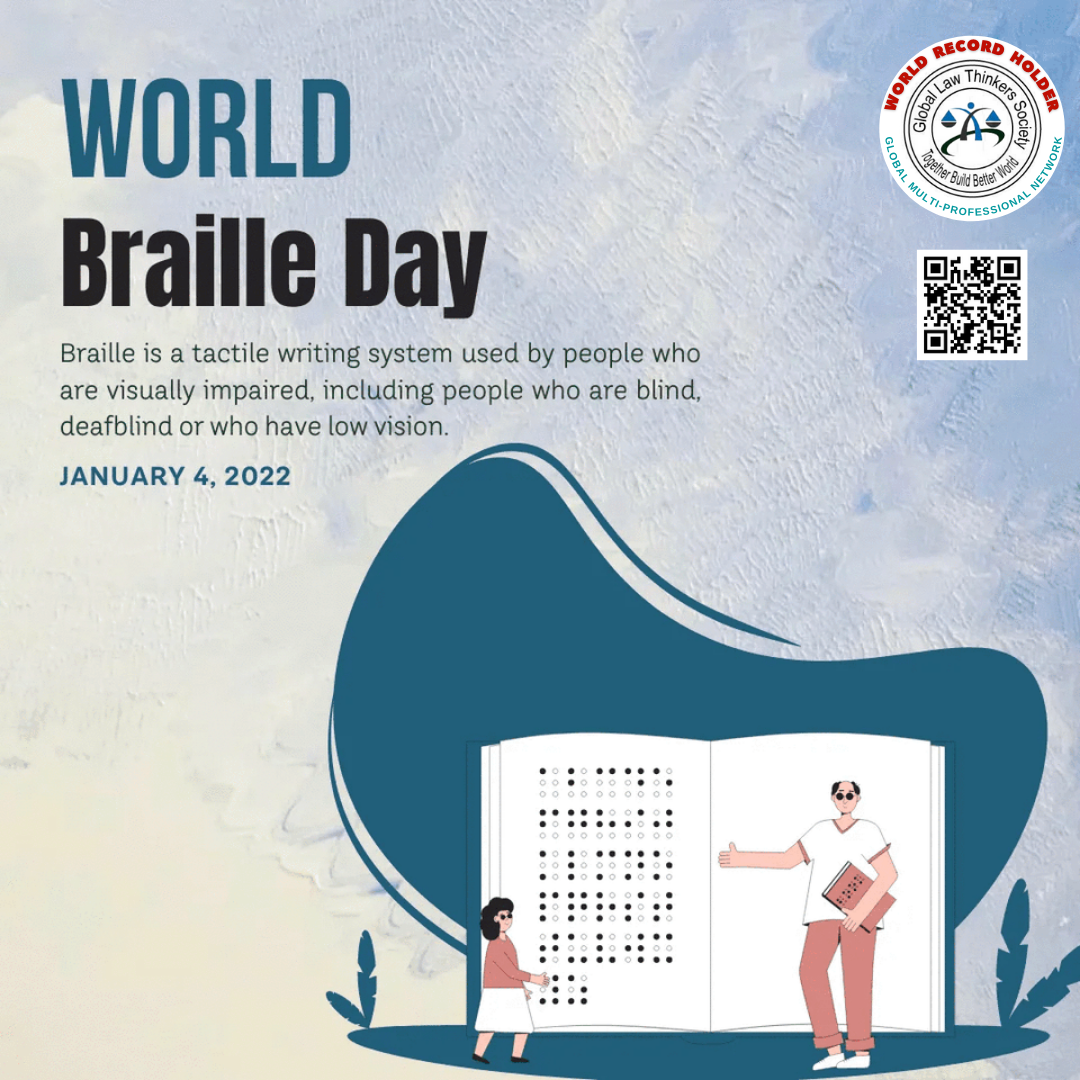 World Braille Day, celebrated since 2019, is observed to raise awareness of the importance of Braille as a means of communication in the full realization of the human rights for blind and partially sighted people.

Louis Braille, the inventor of the Braille script, was born on January 4, 1809. Louis discovered the Braille script only at the age of 15. It was made for the visually impaired. The method in Braille is named after him.

Braille is a tactile writing system. It is written on a special type of raised paper. Earlier It’s code was based on 12 dots. The 12 dots were placed in rows of 66. However, at that time punctuation, numbers, and mathematical symbols were not present in it. Louis Braille further improved upon this by inventing 64 letters and symbols, using 06 points instead of 12, which also provided the symbols needed to write punctuation, numbers, magnification, and musical notation. Braille first published the Braille script system in 1829.

Louis Braille died on 6 January 1832 at the age of 43. Braille was officially recognized in 1868, 16 years after his death. This language is still used all over the world today.

Activities for the day: